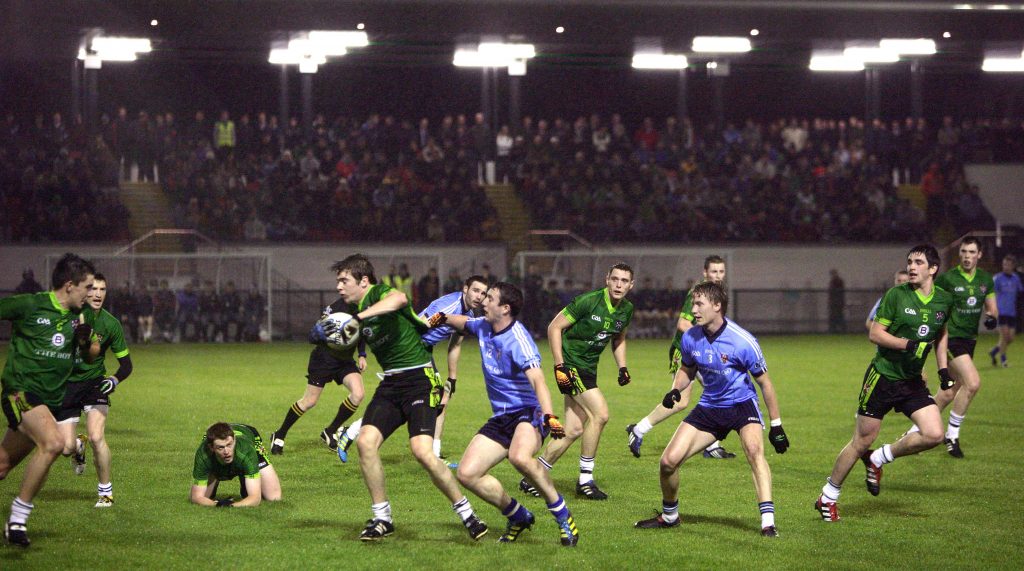 Gaelic football is mainly played in Ireland. A match of this fast-paced game involves two teams of 15 players each. The teams play on a rectangular, outdoors grass pitch with H-shaped goals. The main objective of the players is to score by striking or kicking the ball with their hands. A point is earned by hand passing or kicking the ball over the bar. To score a goal, a player must kick the ball into the mouth of the goal. The winner is the team that has the highest score at the time when the match ends. To advance a ball up in the field, players combine soloing, carrying, hand-passing and kicking to their team-mates.

Why Gaelic football is a good game

Gaelic football is seen as a cross between association football and rugby. This game builds your agility, awareness and stamina just like football and rugby. It also enhances the development of hand-eye coordination. Since a player is allowed to make four steps only with the ball, the entire team is heavily involved in the game. Although junior versions of this game are non-contact, physicality is a major aspect of this football in adults.

This game is becoming increasingly popular with fans taking to live Gaelic football betting in online gambling websites. Currently, there are betting markets for All-Ireland Gaelic Football Championships and top games in the National League. Basically, you can easily find odds for your team online.

As stated, the aim of the players is to get the gall to the pitch over the bar via a goal post or inside the net. A player is not allowed to run with a ball to get it to the net. After making four steps with the ball, a player should hand-pass it to another player, kick it, make a solo run or bounce it. As a player, you are also not allowed to throw the ball. Instead, you should kick-pass or hand-pass the ball. Kicking is used in passing the ball, scoring or making a special free kick. When shooting, passing or making a solo run you must be very careful because it is possible to be tackled.

Tackling is basically being hit the way players hit each other when playing the American football. You cannot pick up the ball from the ground if you lose it after being tackled. Once the ball gets down on the field, your team can attempt to shot it over the bar or the goal post to earn one point or into the net to earn three points. Perhaps, the most difficult Gaelic football skill is dropping the ball from your hand to your foot before you kick it back up to your hand. Players are allowed to make unlimited solo runs. Bouncing the ball consecutively is not allowed while running.

In Ireland, there are more than 2,500 football clubs. All-Ireland Championships draw 32 teams together for competitions every year. These clubs, the championships and gambling sites that are offering live Gaelic football betting are making this game increasingly popular all over the world.